Online privacy is getting worse as time pass and not so many people seems to acknowledge how bad it really is.

When you ask people if they care about online privacy they usually say this: "I don't have anything to hide" or "If you want privacy, you need to stop using internet".

I don't have anything to hide

I don't know you, but I wouldn't be too sure about this.
Here few things corporations and governments knows about you:

The list could go on but I guess you got the picture.

Basically, they own us.

That said, most people still don't care as long as our apps remains "free" and serve us well. 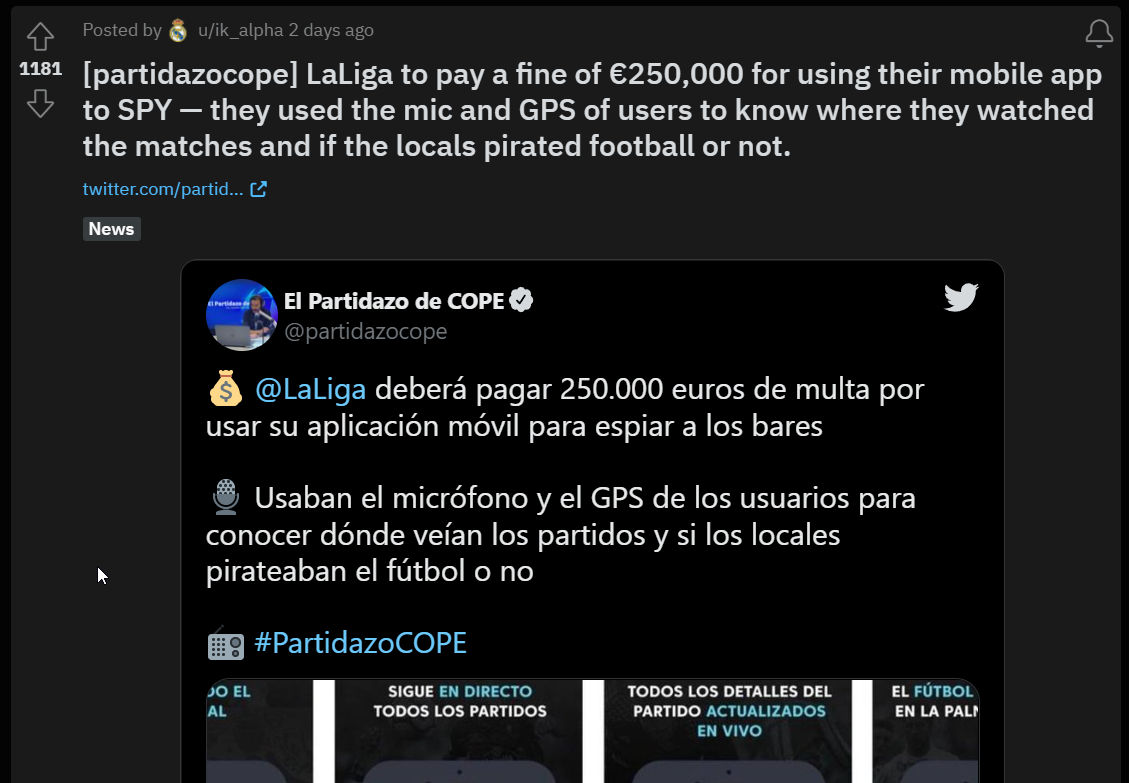 Your data is for sale

I have to be honest, I didn't bother check if the news above was fake or not but story like this are emerging so often that is worrying and I don't believe all of them are made up just to scare the end user.

If you want privacy, you need to stop using internet

While I do agree to an extent to this claim, we all know that it's almost impossible to do such a thing unless you are an hermit who live in the mountains.

Devices are everywhere nowadays and we can't deny that.

We can't stop use them, especially for people who use them for work every day.

So the question that arise is: How do we protect our online privacy?

The answer is: we can't 100% protect our privacy...but one thing is willingly send data out without questions/doubts and another is making the big corporation sweat to get what they want.

What I mean by that is, we could use some measures to limit the data that is stolen from us.

To limit data collection on our mobile devices, there are many things we can do.

The best solution, privacy wise would be to get a Pine Phone, FairPhone or else use a custom rom.

Unfortunately, neither of those options are super viable as we wouldn't be able to use some apps, like Adobe, Microsoft Office, Outlook, Teams, Skype, and I assume most of us are unfortunately tied to them for work reasons mainly and not much we can do even though there are quite capable open source alternatives.

Also if you like gaming on a mobile there isn't a real option.

We could use a more user friendly option that doesn't involve buying a new phone or setup a convoluted custom rom that only tech savvy might able to.

What we can do is looking at apps we have installed in our phone and start questioning which one we really need.

As a first step I would suggest, delete all the useless apps you never use.

Then we need to focus on apps we frequently use.

If the app is NOT open source (cost money) or has ads in it, we should search for a open source counterpart that resemble the one we currently use from the Playstore.

I strongly advise against using Playstore, instead isntall F-Droid and/or Foxy Droid store, neither of them are in the Google Playstore.

Both F-Droid and Foxy Droid are alternative app store that focus on open source and privacy, just be aware that there might be some shady app so check twice before installing something that doesn't seem so popular just do a quick search and see what people are saying about them.

Here is a list of apps that I install form F-Droid instead of using Playstore:

If you can't find an open source alternative to an app you use a lot stick with what you have until there are better alternatives.

Playstore in my opinion, should only be used for apps that we can't really find a open source alternative or that do not exist in F-Droid store.

I would also reccomend you to delete Facebook, Instagram, TikTok, Youtube, Reddit offical apps and look for alternative clients on F-Droid or if you brave enough it's about time to delete most corporation app.

We all know that using a centralized ecosystem to do everything we need is:

What's the catch then?

I know this is an unlikely scenario but for the sake of this article it's just to prove my point.

Imagine that tomorrow Google decide to shut down the company.

And many more problems that I am probably forgetting right now.

I know. I know, what you're thinking.

Google shutting down will never happen and probably is safe to bet on that.

However, what if I give you another example that is way more likely to happen.

Let's say google decide to close you're account as it did violate some rules while your account was hacked because of poor password and lack of 2fa. Chances are that you won't be able to get your google account back and this has already happened to quite some people.

In short, it's never a good idea to be dependent on one big ecosystem.

Split you're services between smaller companies or self-host them for a more privacy centric approach.

Own your data instead of sending it to corporations.

Remove the bloatware from your phone

Another method to boost your privacy is to remove pre-installed apps that the phone comes with.

I won't be going trough details on how to do it, as there are many other great post who are currently covering the topic.

How to Remove Bloatware on Android Devices

Disclaimer: Most of the scripts I am presenting in this post is…